Gene Silencing is a natural phenomenon that occurs in many different organisms from yeasts to plants to humans. It is a central biological mechanism for modulation of gene expression. David Baulcombe and Andrew Hamilton made the pioneering breakthrough to identify short (about 20-30 nucleotides) RNA molecules as the agents which both signal the occurrence of and induce gene silencing.  This ground breaking research was carried out at The Sainsbury Laboratory and published in Science ("A Species of Small Antisense RNA in Posttranscriptional Gene Silencing in Plants", Science (1999), 286, pp. 950-952).  Intellectual property rights in this innovation are assigned to PBL, The Sainsbury Laboratory's IP management company, and PBL has successfully filed and prosecuted patent applications for this technology since 1999.

The use of short RNA molecules to induce gene silencing in organisms holds great promise as a therapeutic tool. Currently "gene therapy" applications are being developed for ailments as diverse as cancer, viral diseases and obesity. The technology is also referred to as "RNAi", short for RNA interference.

In addition to the broad method and composition claims granted during 2012, US Patent No. 8,349,607 is the first patent to extend the method claims into specific applications. The patent claims methods to silence target genes in a second cell or organism which is one of the major applications for the use of RNAi silencing in organisms. Now two other pending patent applications have been granted, US Patent No. 8,759,102 and US Patent No. 8,779,236 covering synthetic DNA constructs that express RNAi molecules and claims for silencing of targets in pests, parasites, predators or pathogens.

In addition, PBL continues to prosecute several pending patent applications, based on further aspects of the work of Baulcombe and Hamilton.

The use of short RNA molecules (including siRNA and miRNA) is an important tool to analyse miRNA expression patterns and to monitor siRNA levels following induction of silencing, for example, to determine whether experimental treatments or therapeutic interventions are having their intended effect on the expression of target genes such as those relevant to diseases, including cancer, macular degeneration etc. Such methods are widely and routinely used in biological research and related investigations.

Detection of Gene Silencing in Plants

In 2004, the United States Patent and Trademark Office (USPTO) awarded to PBL Patent No. 6,753,139, for methods of detecting gene silencing in plants.  Please click here for a link to the patent and claims.  PBL has granted licenses to several parties in respect of this patent, and additional licenses are still available.

Detection of Gene Silencing in Mammals

In 2010, the USPTO awarded to PBL US Patent No. 7,704,688 (issue date 27 April 2010) with claims for detecting short RNA molecules to diagnose and characterise gene silencing in mammals and mammalian cells.

Commercial Use Licences under these issued patents are available for:

Academic Use of Detection of Gene Silencing 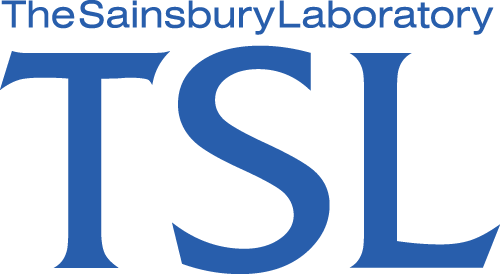